Our standard tour* starts by the fountains in Exhibition Square and ends in St Andrewgate with York’s most famous street, Shambles nearby.

We set off into the Museum Gardens, observing part of the late 1st century Roman fortifications (the Multangular Tower) and the ruins of the North’s largest medieval abbey, St. Mary’s Abbey, which, during August 2012, was the venue for York’s world-famous Mystery Plays.

We also normally visit the King’s Manor, the headquarters of Henry VIII’s Council of the North and now part of the University of York.

Your tour may also take in an additional section which includes the ‘Edible Wood’ (a garden of edible plants and flowers) and the ‘Walk-on Geological Map’ (which depicts the work of geologist William Smith in the 1800s) in the recently-opened public space behind York Art Gallery.

We will enter the walled City through Bootham Bar, (Roman gateway, Porta Dextra) one of the four major medieval gateways into the City onto High Petergate through a ‘snickleway’ into Precentor’s Court giving amazing views of York Minster, the jewel in York’s crown.

We will then pass the statue of Constantine the Great, St. William’s College with its hidden carving of the Madonna and Child and much-haunted Treasurer’s House. Towards the end of the tour, we’ll find another hidden gem, Bedern Hall, the home of the medieval Vicars Choral.

The final part of the tour takes us to the end of St Andrewgate and Kings Square close to York’s oldest street, Shambles.

* Please note that there is some flexibility in the tour route; while all of our guides are thoroughly trained in the route above, their local expert knowledge may result in the tour taking in other sites and/or occasionally omitting some of the above. We may also need to amend the tour route depending on the weather or other local conditions. 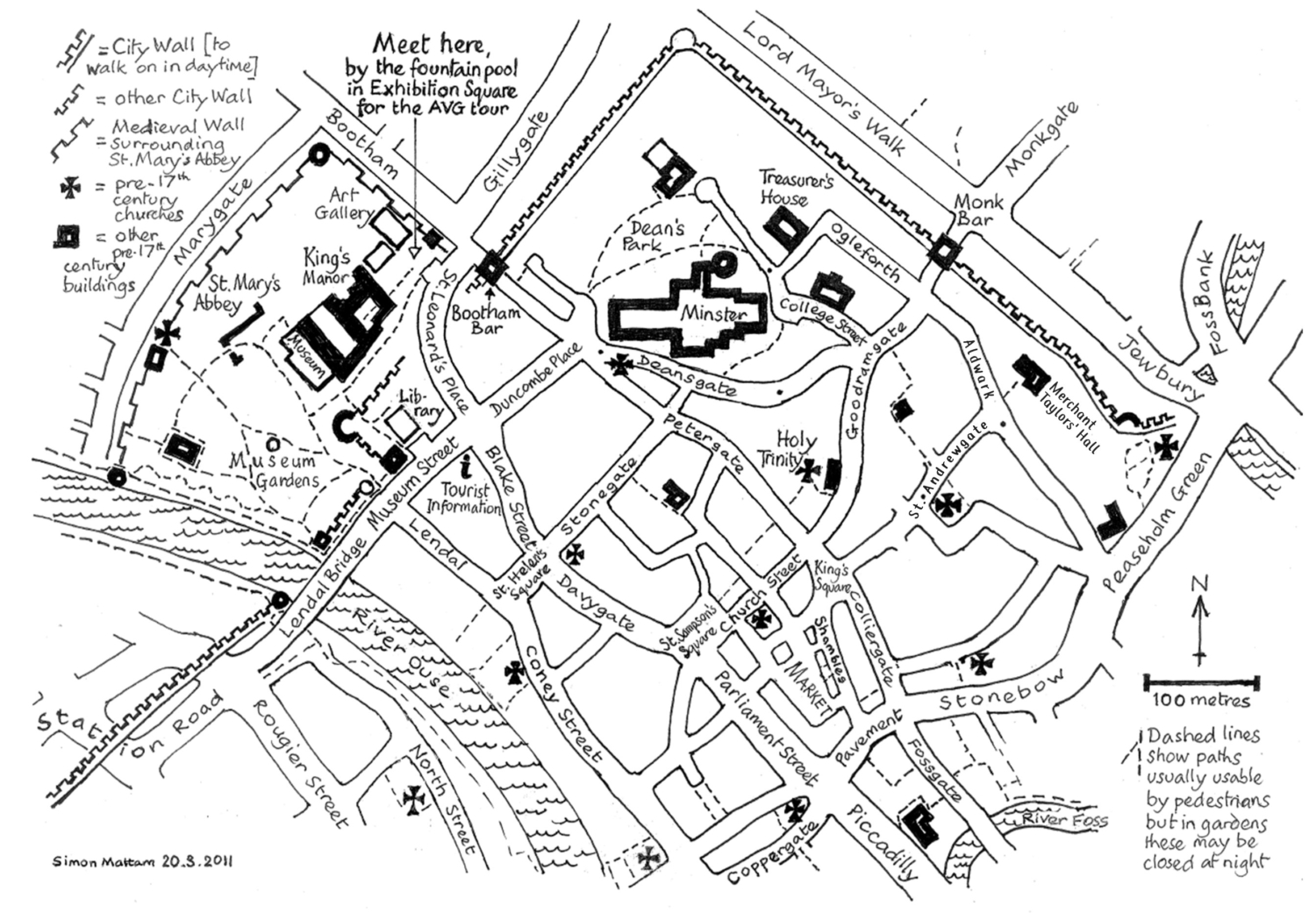 All tours depart from outside York City Art Gallery in Exhibition Square.

Meet your guide by our ‘tour times’ board next to the William Etty statue and the fountains outside the Art Gallery.  Remember, you need to book for our tours. Book Here 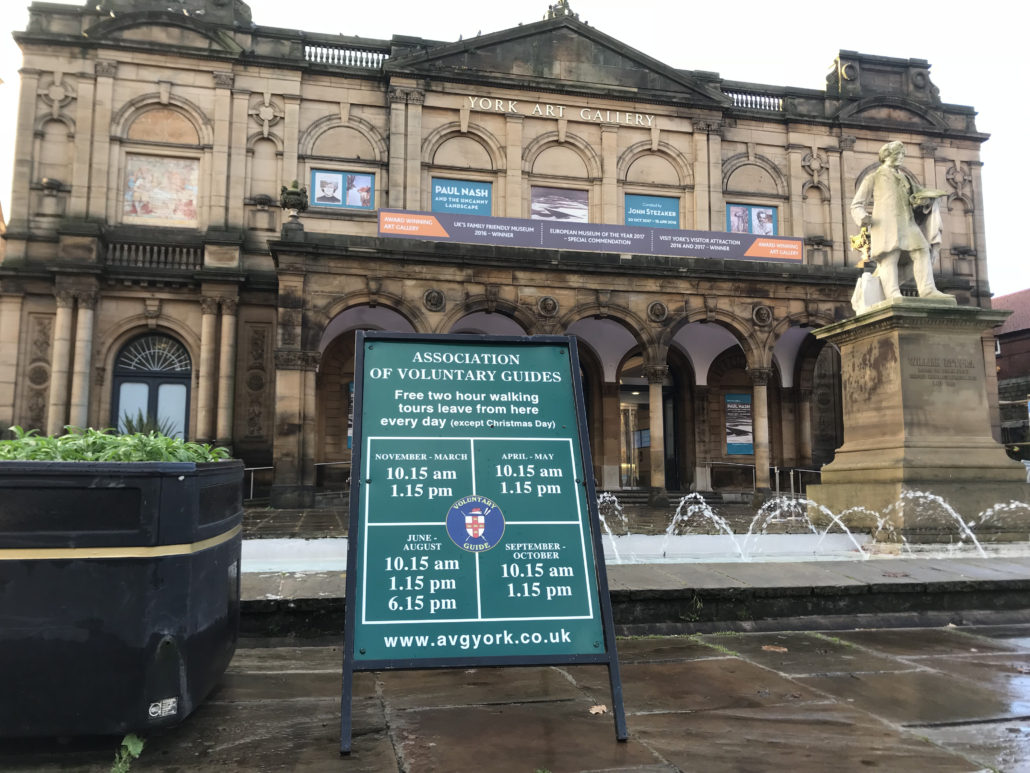